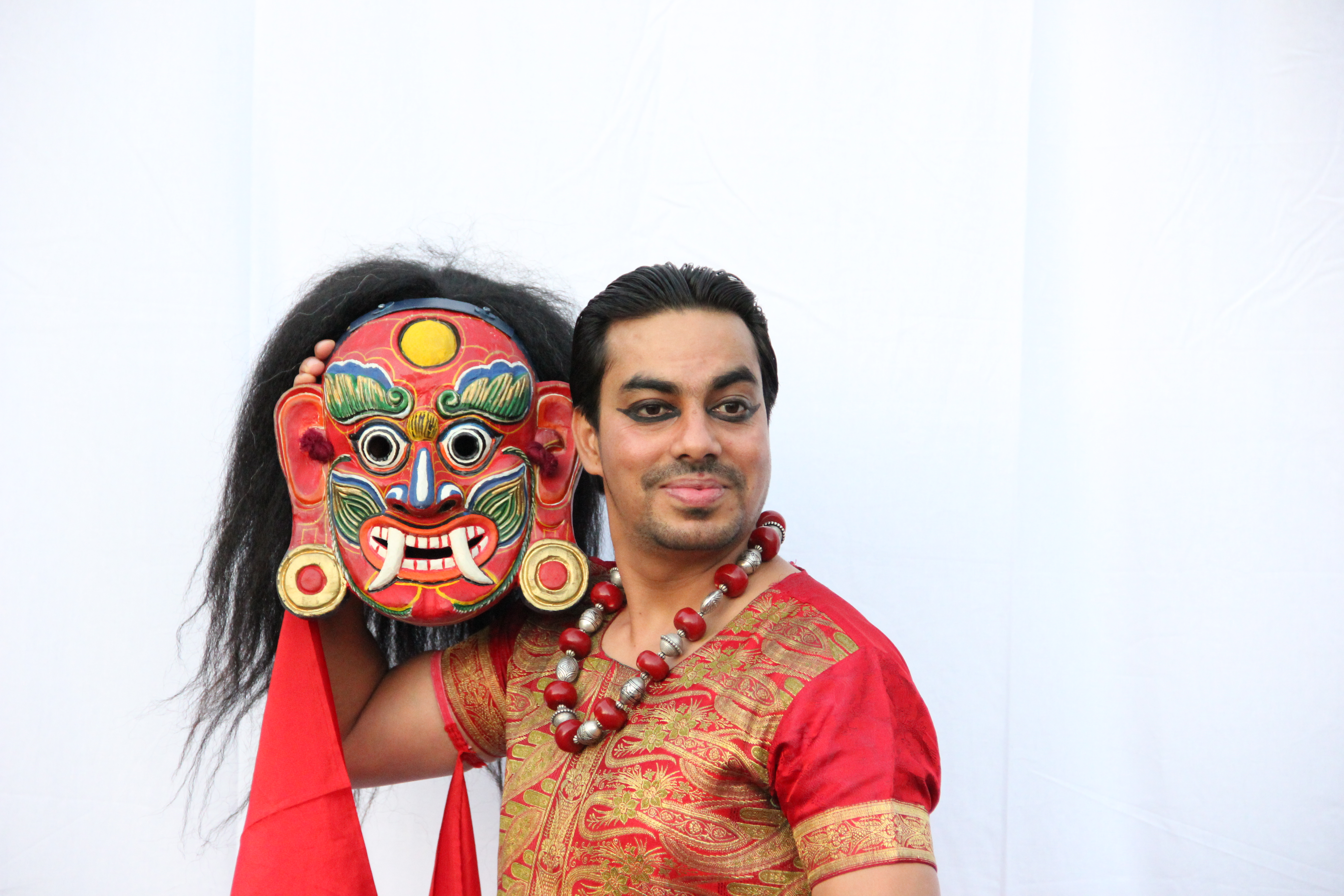 Featured in: Gods and Demons

The Lakhe dance is one of the most highly requested Utpalasia dances for programs and productions. It is performed during the Indra Jatra festival in the Kathmandu Valley at the end of the monsoon season. As the king of the demons, he serves to protect the residents of the city from evil spirits and misfortune.

The Lakhe, who has wild yak hair and wears a brightly colored mask, searches for hidden demons, his bells jingling loudly as he makes his way through the streets, moving spontaneously to the music of cymbals and drums. This Newar dance is in the Vajrayana Buddhist charya tradition in which the artist mirrors the deity.

The following is a list of the most well-known Newar dances: