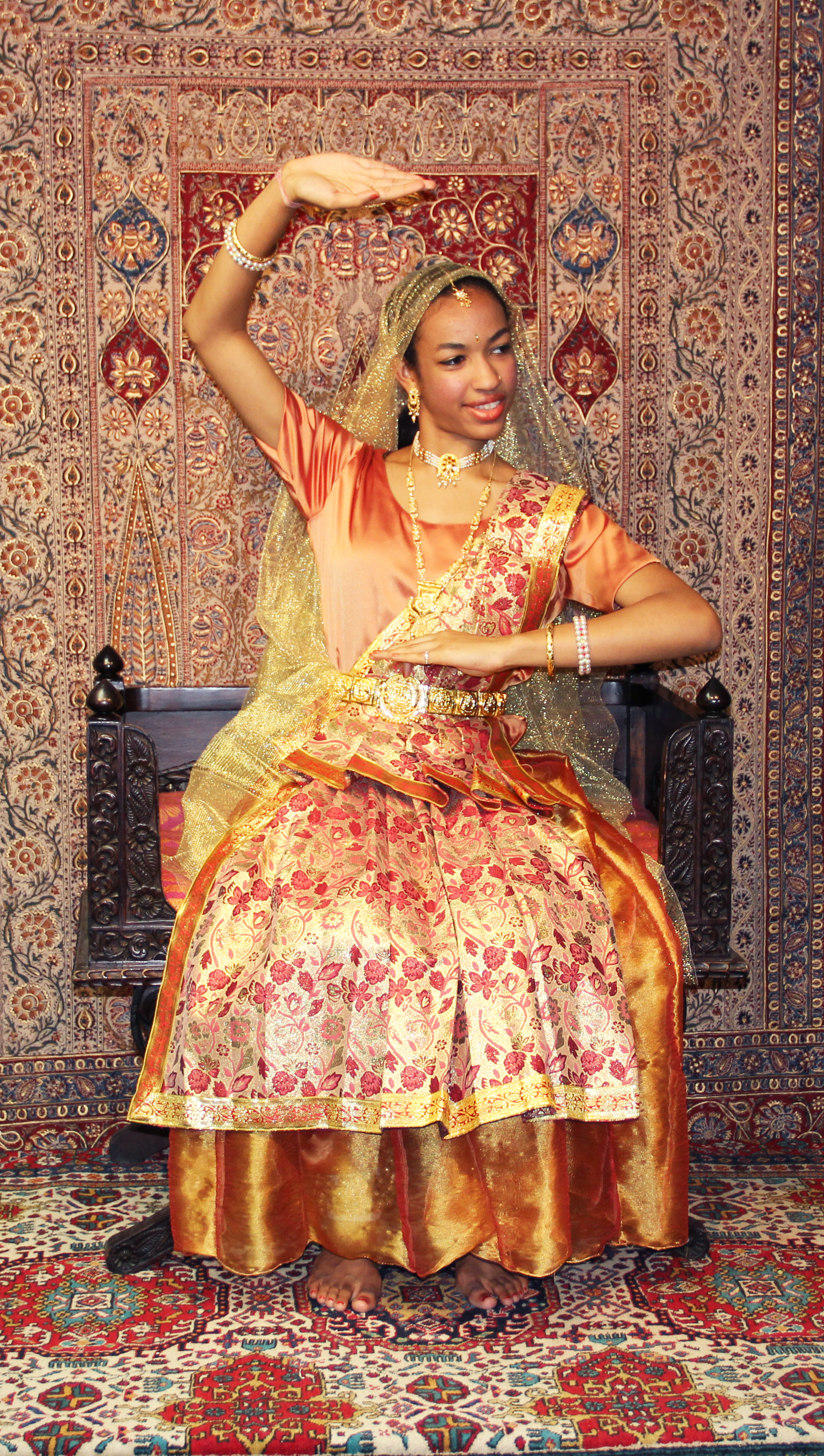 Featured in: Do you Kathak?

Kathak, derived from the word katha, meaning story, is one of the eight major classical dance styles of India. It was originally performed in temples and gradually moved to the court over time. Artists wear up to two hundred ghunghroos, or bells, around their ankles, which produce a rhythmic, pleasing sound.

Kathak incorporates two distinctive areas, namely the pure dance element, called nritta, and the artistic interpretive element, which also includes mime, called nritya. In order to achieve the highest level of artistry, both a dancer’s body movements and abhinaya, emotive facial expressions, or a type of mime, must be perfectly coordinated. In addition to developing abhinaya, students are taught tiyari, highly skilled technical prowess by way of consistent practice, layakari, a sophisticated comprehension of rhythm, khoobsurti, exquisite beauty and refined grace, and finally nazakat, the aura of subtle delicacy.

Students in India and Nepal usually begin taking practical and theoretical dance classes at the age of seven and continue for 10-15 years to become proficient. They must also pass a set of rigid written and practical examinations in order to graduate and become certified in Kathak.

There are three distinct gharanas, or schools, of Kathak. Dancers from Jaipur are renowned for their lightning fast chakkars, or spins, as well as for their rigorous footwork, power, and stamina. This branch of Kathak was heavily influenced by the Mughal rule of India during which the style, language, costumes, content, and execution of the dance were all transformed.

The Lucknow school favors a slower, more delicate approach to the dance and considers facial expression and subtle movements to be of the highest import.

The Benares gharana concentrates more on tabla bols and gives more attention to footwork, or tatkar. Today, many artists have created a fusion of the three styles in order to keep the dance form current and popular with new audiences.