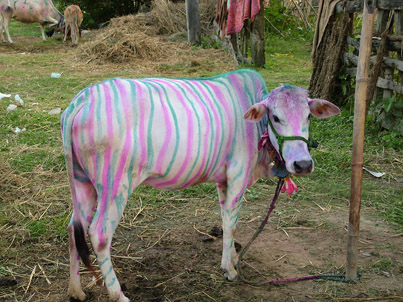 Countries » Did You Know?

Welcome to Utpalasia’s Did You Know? page. Here we explore some of the lesser known tidbits of information about South and Southeast Asian countries, their cultures, and lifestyles. We also take a look at a variety of topics ranging from dance trivia to manners and etiquette. Have a question you’d like answered? Let us know what you would like to see featured via Twitter or email!

» Ganesha, the elephant-headed god, is often called the "Remover of Obstacles" and is generally prayed to before starting an invocation to any other god.

» Calling a person by name is unusual in Nepal. Generally, one's social level or position in one's family carries an identifying title, which is considered a preferable form of address. For instance, dai means older brother and bahini means younger sister — not necessarily your own, but someone senior or junior to you. When names are used, they will be combined with the qualifying status in the family, such as 'Rajeev dai' or 'Susmita didi'.

» The Nepali day begins with black ginger or milk tea and some biscuits, followed by a substantial meal of rice, daal, and tarkaari (a curry of vegetables) around 10 a.m. Later in the afternoon, usually around 3 to 4 p.m., Nepalis have their khaaja, or snack time; this mini-meal may include beaten rice and various dried meats, among other things. Dinner is served at 9 p.m. in the summer and 8 p.m. in the winter, a repeat of the morning meal, but with meat if the family can afford it.