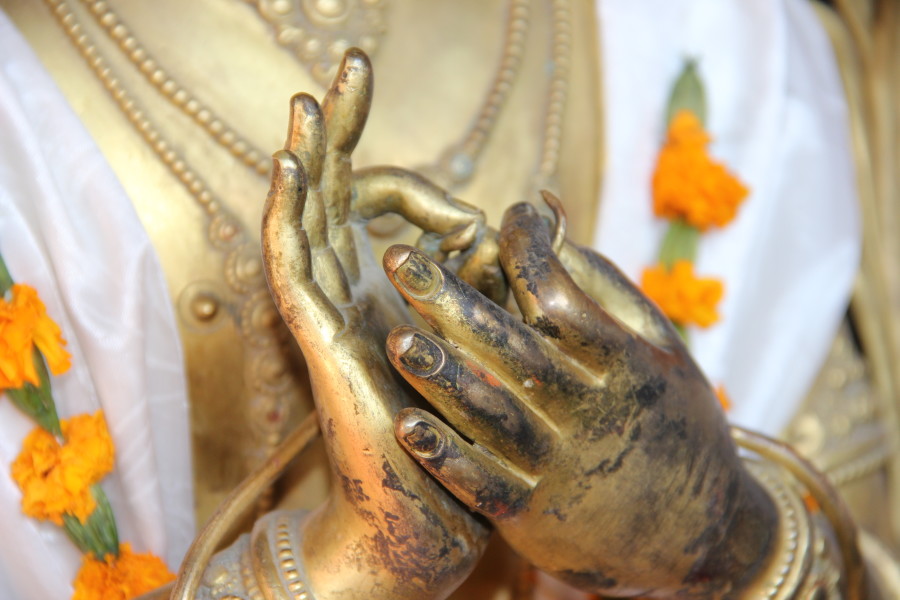 Religion and belief systems are the cornerstones of South and Southeast Asian heritage. There is almost no rite of passage or daily occurrence that does not involve religion, and this is especially true of Hinduism and Buddhism. To some, astrology is intimately connected with Hinduism, predicting the course of one’s life, one’s character, and one’s very personality; it is used to determine the proper time for naming a child, getting married, performing a puja (offering), and even doing business. Religion indicates what moral and ethical codes are to be followed; it provides a framework for society, for the members of that society, and for every action or thought.

Most South and Southeast Asian countries follow Buddhism, Islam, Confucianism, Christianity, Hinduism, or a combination of various animist beliefs. Some of these are again divided into different schools of worship. At times, particular ethnic groups have formulated their own versions of how devotees should comport themselves, fitting it to their lifestyles. Ancestor worship and respect for living elders is almost universal. In the hierarchy of society, age even rules over caste or social level.

Religion in Asia can be both a personal and private or public and group activity, and whether or not a follower believes in one god or many forms of a god, the same basic tenets connect all of these belief systems: Do good, Be good. Have charity, kindness, and compassion for all.