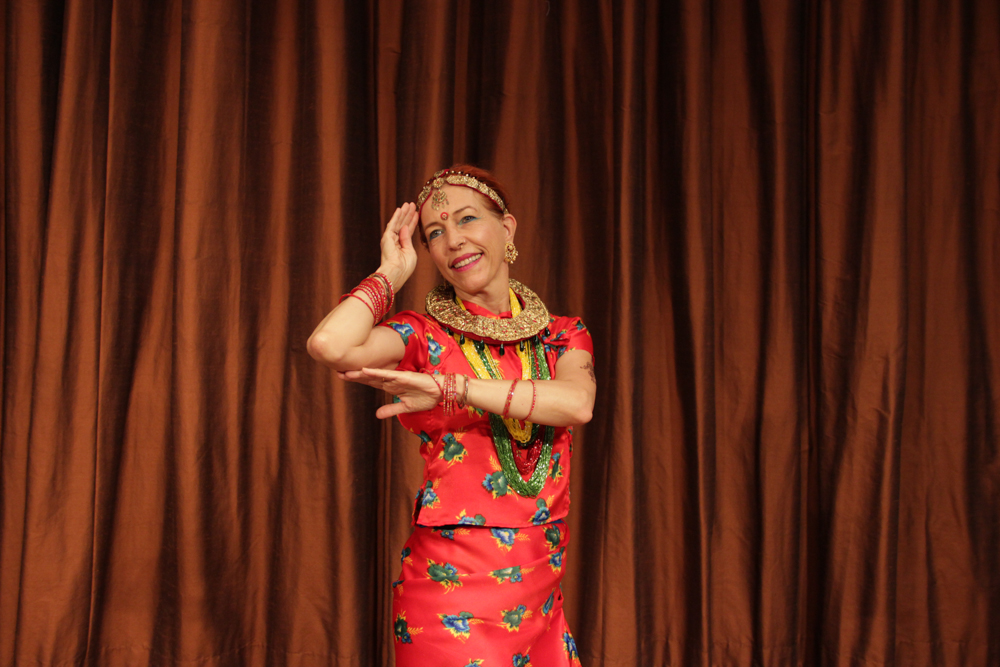 Featured in: Dancing in the Shadow of Everest

No festival in Nepal would be complete without folk dance, the beautiful sounds of the madal, and singing. There are almost as many different types of folk dance as there are tribal and ethnic groups in Nepal. However, they all share the similar themes of love, romance, courtship, happiness, and grief. Dances also often portray elements of nature, animals, and birds. Colorful, ornate costumes are worn, many of them accessorized with rich gold jewelry and elaborate hair decorations.

Some of the more well-known styles, with their corresponding ethnic group and region, are:

Dances of the Hills